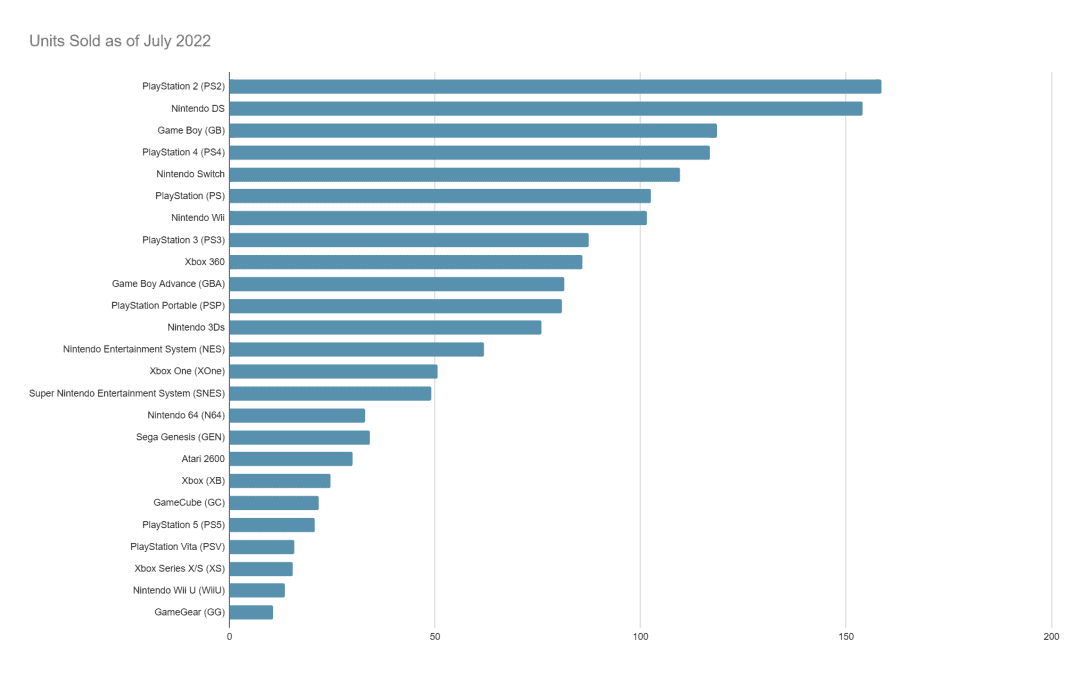 Since the beginning of the Digital Age, many companies and manufacturers have released gaming consoles for the entertainment of the masses. But what started it all was the very first video game console, the Magnavox Odyssey. This revolutionary device changed the gaming and entertainment world.

Since then, many companies have followed suit and created their own versions of video gaming consoles. Each and every console they made is unique in its own way, but overall, all of them had one goal, to provide everyone who uses them with never-ending fun.

So, today, we’re going to talk about the top gaming consoles of the last few decades, how many units were sold, and the percentage of users.

Best-Selling Gaming Consoles as of July 2022 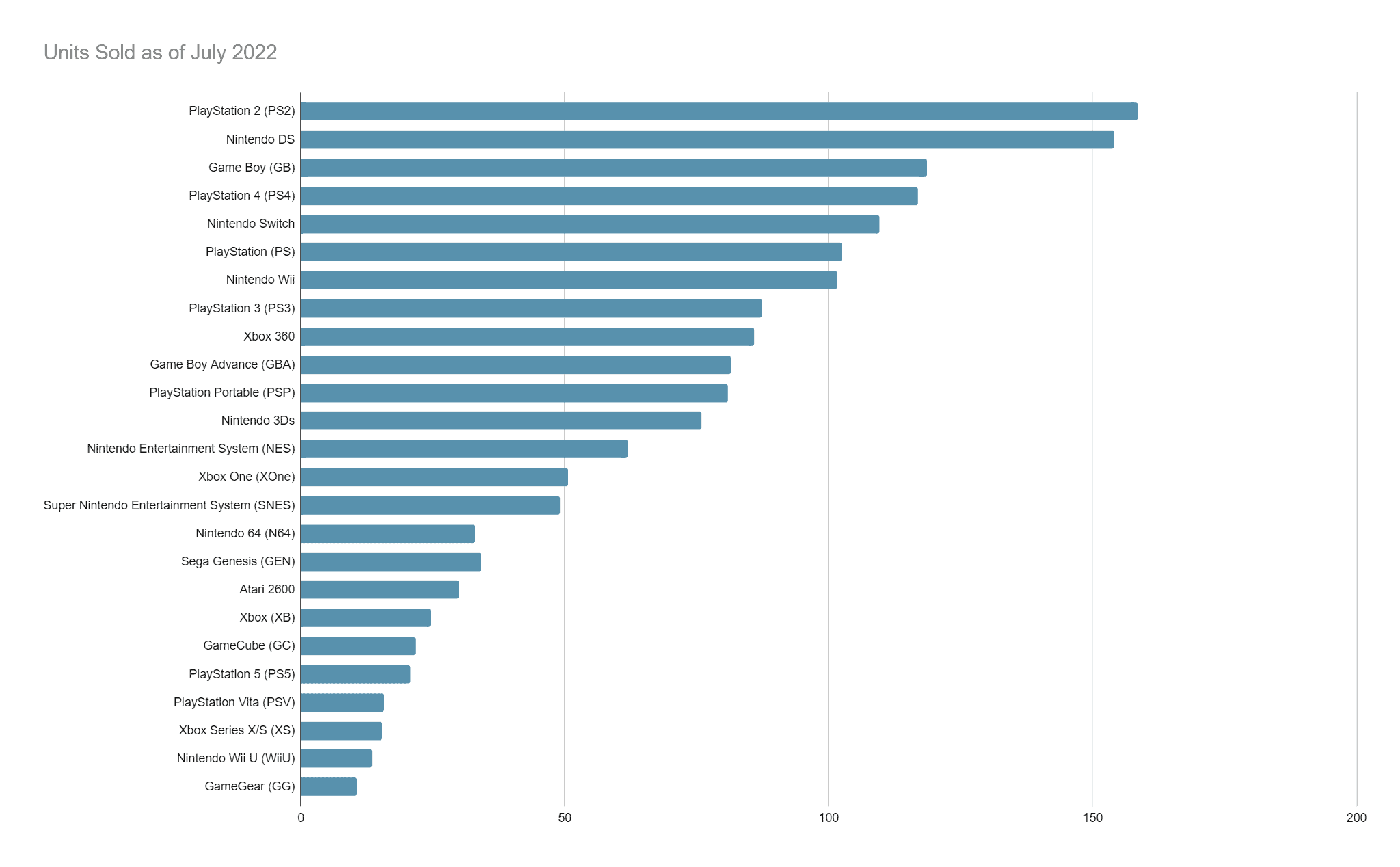 The PlayStation 2 was among the most popular gaming consoles of its time, selling over 158.7 million units. It was extremely popular due to the console having a built-in DVD player, which was quite expensive if you bought it separately during that time. This feature made the PlayStation 2 extremely popular and versatile. It was also one of the few devices that featured “backward compatibility,” which allows you to play most of your PlayStation 1 games on the PS2. The PS2 was really “the” console at that time. But as years passed by, the PS2 was discontinued in 2013.

Meanwhile, the Nintendo DS was one of the best portable gaming consoles, alongside the Game Boy. The DS was extremely popular due to its stylus interface and portability. While the Game Boy was popular for its affordable price, durability, and, of course, its portable size. But just like the PS2, both the DS and the Game Boy were discontinued.

That being said, the top 3 best-selling gaming consoles as of July 2022 are the PlayStation 2, Nintendo DS, and the Game Boy. Despite these consoles being discontinued for several years already, no current generation gaming console has come close to topping them.

The actively-sold current generation gaming consoles that come close to the PS2, Nintendo DS, and Game Boy are the PlayStation 4 and the Nintendo Switch. However, they’re still over 42 million units behind the top 3.

What Is the Best-Selling Console of All Time?

Currently, the most popular gaming console of all time is the PlayStation 2, which has sold over 158 million units worldwide as of July 2022.

The PlayStation 2 has been so successful since its release in 2000 because of Sony’s marketing strategy and, of course, its built-in DVD player. It was so popular in the early 2000s since DVD players were very expensive, while the PS2 was cheaper and more cost-efficient. It was also among the first devices to be “backward compatible,” which meant that players could play most of their PlayStation 1 games on the PS2.

Is the Console Market Growing?

Yes, the console market is actively expanding as a result of increasing demand for 3D video games focused on AR (Augmented Reality) and VR (Virtual Reality), as well as an increase in the number of e-sport competitions throughout the world.

Why Did the Wii U Fail?

There were several reasons why the Wii U failed. However, one of the primary reasons for the Wii U’s failure was a lack of third-party support and the lack of other technical capabilities that other gaming consoles from its competition had.

What is the Most Bought Gaming Console in 2022?

Currently, the most bought gaming console in 2022 is the Nintendo Switch, with 23 million units sold from March 2021 to March 2022.

What are the Current Generation Gaming Consoles Right Now?

Gaming consoles have evolved over the years, and manufacturers have ensured that the consoles they release will provide you with never-ending fun.

That being said, the gaming industry is steadily becoming more and more popular. Reports state that there will be over 179.6 million monthly gamers in the US alone this year. And with that, we can say that the gaming PC and gaming console industries will continue to grow.

We hope this article was helpful! If you want to check out more articles about gaming consoles, game reviews, gaming peripherals, and more, you can check out our blog here.