Bethesda’s The Elder Scrolls V: Skyrim, although more than ten years old, is not only among the best games of the year 2011, but it is also one of the best games ever created.

It has surpassed the popularity of the older Elder Scrolls games. Its popularity and fandom are some of the biggest in the world, and for someone who has just started to play Skyrim, I can understand the hype surrounding the game.

This video game has been a growing sensation ever since its first release. Skyrim is the most popular game in the Elder Scrolls series to date, with four editions released since its initial release in 2011. And, in response to the Elder Scrolls V: Skyrim’s increased popularity, Bethesda Softworks launched an Anniversary Edition in November 2021.

This 2011 open-world game is one of those you don’t get tired of playing. Even after countless hours of gameplay, which is understandable considering the huge amounts of creative content the developers put into the game. Skyrim became the gold standard for the best open-world RPGs, and only a few games have ever come close to reaching Skyrim’s level.

That being said, playing Skyrim will undoubtedly take you on an experience full of surprises in a big fictitious open world.

Before we go on and talk about the different key elements of the game, let me first talk about my quick take on the game. Let’s get into it! 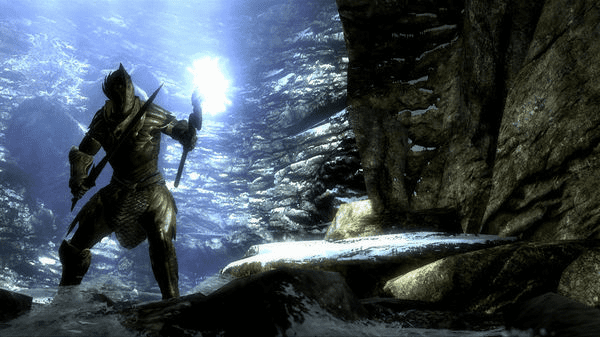 Despite its age, The Elder Scrolls V: Skyrim is still among the top video game I would recommend to someone asking “What’s the best game?” It’s because Skyrim is full of surprises. Even if you think you’ve uncovered every single treasure, weapon, and quest, you’ll still be able to find something new. This interesting fictional world will always show you something that will lead you to an undiscovered territory or even unexpected results.

Not only is Skyrim full of surprises, but it also takes on a new level of “attention to detail.” The Elder Scrolls has shining visuals with great attention to detail; from the snowy mountainous ranges to the tiniest details on your weapon, Skyrim has it all. You’ll be amazed by how detailed even the smallest of things are.

The Elder Scrolls also has one of the best gameplays of any role-playing games I have ever tried. You can do almost anything you want, taking that a step further with the use of MODs. However, as is, the game is already impressive.

You can choose to slack around, do quests, build a house, slay dragons, or even just explore the many places Skyrim has to offer. It’s literally up to you to forge your own path. This is something I absolutely love because it gives you the freedom and flexibility that many games claim to have but would throw you across multiple stories and quests that are needed to move forward with the game. In Skyrim, you choose how you want to live at your own pace.

Moreover, Skyrim is a game worthy of its popularity. That being said, let’s now go over some of Skyrim’s key elements that make it so good and popular. 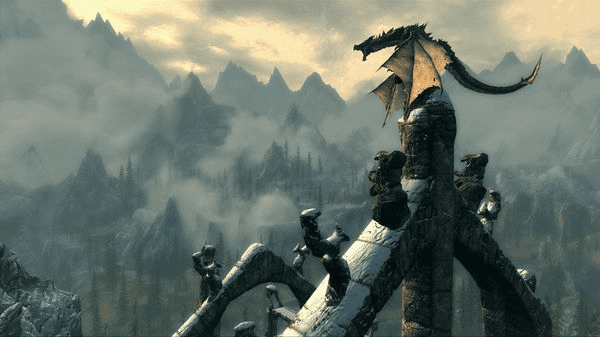 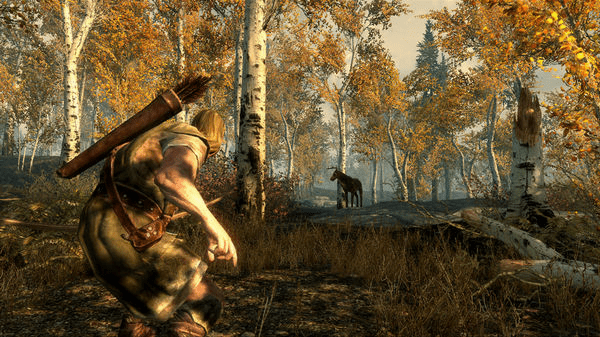 In Skyrim, you will be playing as a Dragonborn in third person view, who can either be male or female, from one of ten races that you can choose from.

Although Skyrim is a flexible game with numerous side quests, there is a central plot that you may or may not follow: to find out why the dragons have returned, and fight Alduin, the World-Eater who is a dragon that is prophesied to destroy the world.

Meanwhile, the second storyline of Skyrim is the Civil War. The Civil War is called the “Stormcloak Rebellion by the Empire.” In the Civil War storyline, the Legion is attempting to put down the rebellion led by Ulfric Stormcloak in order to restore peace and maintain Skyrim inside the Empire. The Imperial Legion thinks that Skyrim, as a province of the Empire, must follow its laws and customs.

When playing Skyrim, you can choose to do the main quest and then the second storyline, or vice versa. You can also choose to do any of the many side quests that Skyrim has to offer.

Some of my personal favorite side quests are The Thieves’ Guild Quests and The Dark Brotherhood Quests. The Thieves Guild is a clan residing in Riften’s sewers. They specialize in lockpicking, thievery, and general stealing, as the name implies. You can speak with Brynjolf in Riften to begin this questline. The Thieves Guild’s headquarters improves significantly with each reputation job completed. Each job completed successfully provides an additional merchant to the Ragged Flagon, and the third and fourth jobs bring more recruits to the guild.

Meanwhile, the Dark Brotherhood is a secret society of assassins. What’s crazy about this quest is that you do not find the society; instead, they find you. In this questline, you have to carry out assassination contracts or something as simple as getting some gold. This questline never really ends, so it can be quite repetitive. However, you can increase your skills through each quest.

With just a few hours of gameplay, your quest log will begin to fill up. However, Skyrim gives you absolute freedom to do any quest you want. You can start from anywhere in the main story or the side quests; it doesn’t matter.

However, sometimes the quests can feel a bit repetitive after hundreds of hours of gameplay. The excitement of slaying a dragon can die down after ten times. But even if it’s repetitive, it’s still worth doing since it increases your skill level. 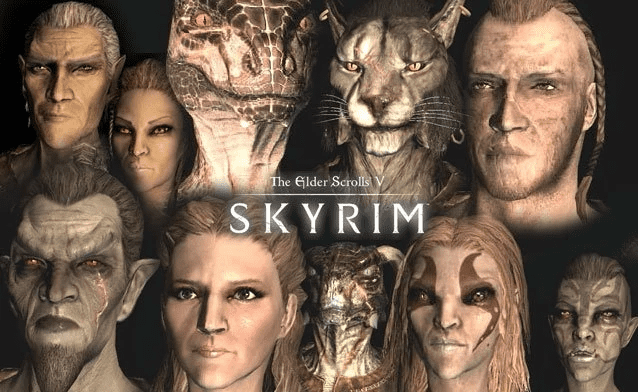 As mentioned, you play as a Dragonborn in Skyrim who is trying to figure out why the dragons have returned and your connection to them.

In Skyrim, the characters’ conversations are a lot more natural and smoother, with fewer pauses and good voice acting from the voice actors. Unlike the Elder Scrolls IV: Oblivion, which needed a lot of improvement in character progression. Although the character conversation is a lot smoother than before, something that needed to be improved on was the character models. The models were sometimes stiff, and their faces kind of looked awkward. 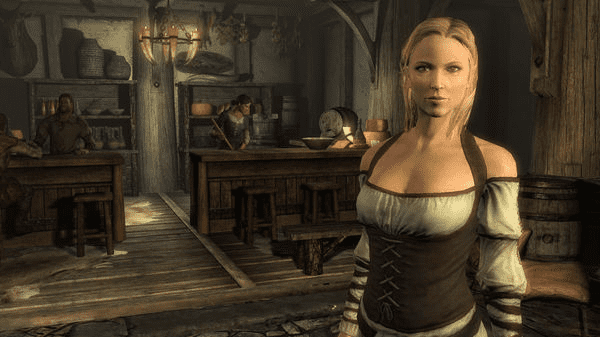 Aside from that, the characters are based on a lot of different races, which is good for inclusivity. These characters also react to the ever-evolving stature of the Skyrim world, which makes these demon gods, humanoid reptiles, dragons, and you as if you’re in real life.

Moreover, character leveling in Skyrim is done through skill use. In the first part of the game, you only get to choose your race and gender. Besides that, your skill or specialty can be decided on later on in the game after you’ve had the opportunity to try everything. 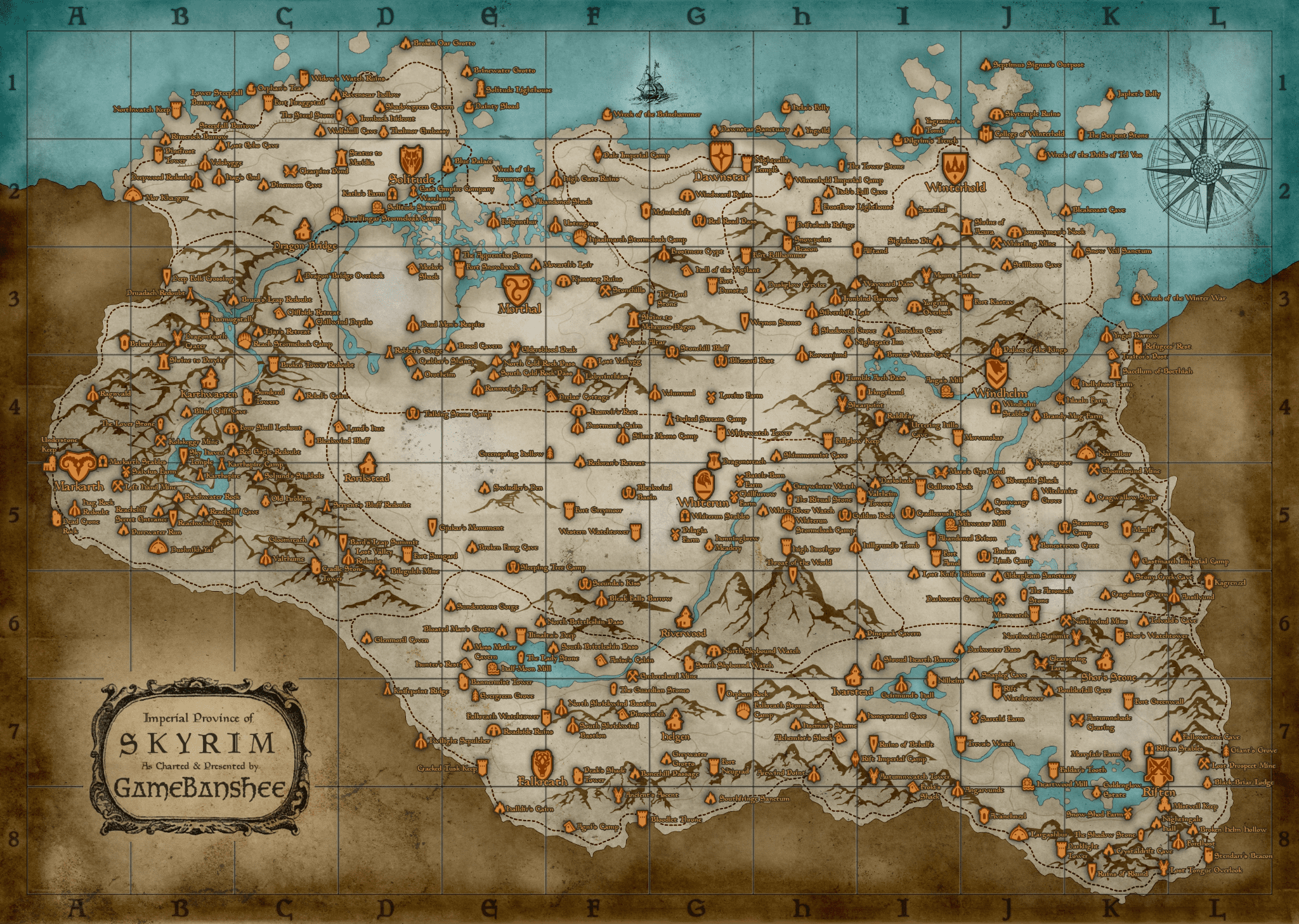 Skyrim’s map is one of the biggest in the gaming industry. It has a very big map with a lot of different elements, much like The Witcher 3.

Despite the vastness of the world and the massive amount of material it contains, things rarely feel random and pointless. Skyrim’s map is incredibly crammed with material and mysteries, making each step you take, even if it’s through what appears to be total desolation, fascinating since something unanticipated is typically only over the next rise.

The maps’ visuals are absolutely stunning. The attention to detail of the snowy mountain ranges to ancient ruins is done very well, and Skyrim makes it feel as if each scene feels incredibly authentic. Overall, the Elder Scroll Universe has been done really well. 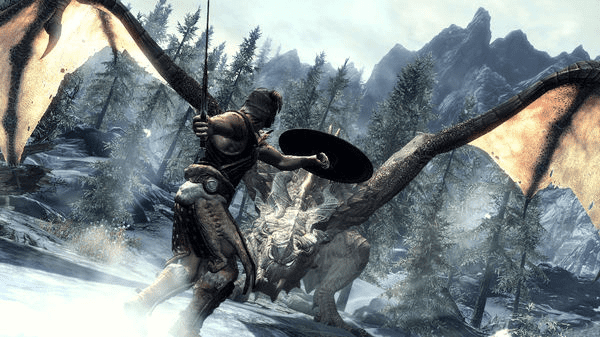 Skyrim is remarkably user-friendly for such a complex game. When you accomplish a quest or kill a dragon, your skill level increases. You also typically start with one-handed weapons until you reach the level where you can use two-handed weapons.

This game is also full of unexpected things, and even the littlest things like chewing on a butterfly wing have a purpose since they can reveal alchemy properties that can be useful in making a potion on the alchemy table. Everything makes sense, but at the same time, it doesn’t.

But just like in every other game, Skyrim isn’t perfect. Games like this, with complex maps and a lot of creative content, may tend to have bugs that can cause broken character models or glitchy gameplay. Nonetheless, it isn’t big enough to destroy the gaming experience.

Is The Elder Scrolls V: Skyrim Still Worth Playing in 2022?

Overall, Skyrim is one of the greatest game titles of all time, and it’s definitely worth playing even in 2022. You get a massive world with stunning visuals and is filled with a lot of creatively designed content, which gives you a lot of flexibility to develop your character. The Elder Scroll Universe is a magnificent open world full of possibilities and surprises. There will always be something that will bring you back to this game, even after trying out hundreds of other games.

It’s more than just an open-world game, as it definitely takes you on one of the best adventures you’re going to experience out there. Skyrim is a game that makes gamers inspired to explore and live as they want.

This game that Bethesda has created is legendary and will always be at the top of every best game list out there.

Is The Elder Scrolls V: Skyrim free on Steam?

Currently, The Elder Scrolls Skyrim is not free on Steam. However, it’s a small price to pay to be able to experience a shit ton of fun.

Which Skyrim Edition is the best?

Personally, I think the Skyrim: Special Edition, which is available on PC, is one of the best Skyrim Edition to date because Bethesda gave it out for free to anyone who already had both the base game and all of the DLCs. It also has upgraded graphics for better gameplay.

What version of Skyrim should I buy in 2022?

You should definitely get either the Special Edition or the Anniversary Edition of the game. The Special Edition features the highly acclaimed game as well as add-ons that also include all-new features such as updated graphics and visuals, dynamic depth of field, screen-space reflections, and far more. Skyrim Special Edition also adds complete mod support to PC and consoles.

The Skyrim Anniversary Edition, like the Special Edition, includes all three official DLCs, but it also includes all of the Creation Club content developed over the last decade.

The Elder Scrolls V: Skyrim will inspire a wide range of emotions, and it’s unquestionably one of the most enjoyable games I’ve ever played. Skyrim is a magical game consisting of magic, alchemy, slaying, puzzle solving, and distinct characters. In addition, it’s a huge step up from the previous Elder Scrolls IV: Oblivion.

We hope you enjoyed this Skyrim review! For more reviews like this, you can check out our blog here.

← 5 Reasons to Love Marvel’s Spiderman PS4 The Walking Dead PlayStation Series: Everything You Need to know →