How Much Storage Should a Gaming PC Have? 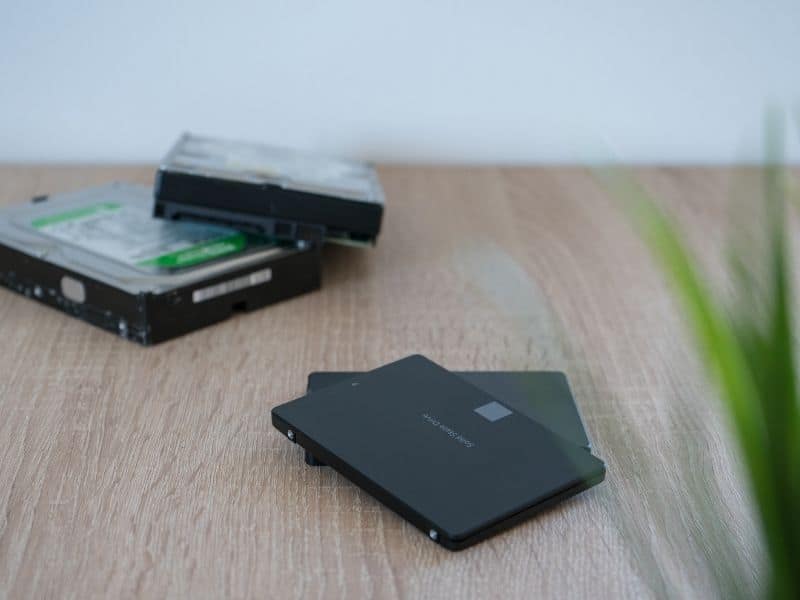 Are you new to the gaming world and just starting to build your gaming PC? Then you might have questions such as, “How much storage should a gaming PC have?” or “What’s the difference between a hard disk drive and a solid-state drive?” Don’t worry! We’re here to help you!

Knowing how much storage space a gaming PC should have would differ from person to person since each person plays different games that could take up more or less space on their disk space.

So, to help you determine how much storage capacity your gaming PC should have, we’ll discuss the different types of PC storage available and the factors you must consider.

There are two different types of PC storage that you should take note of, including HDDs and SSDs. 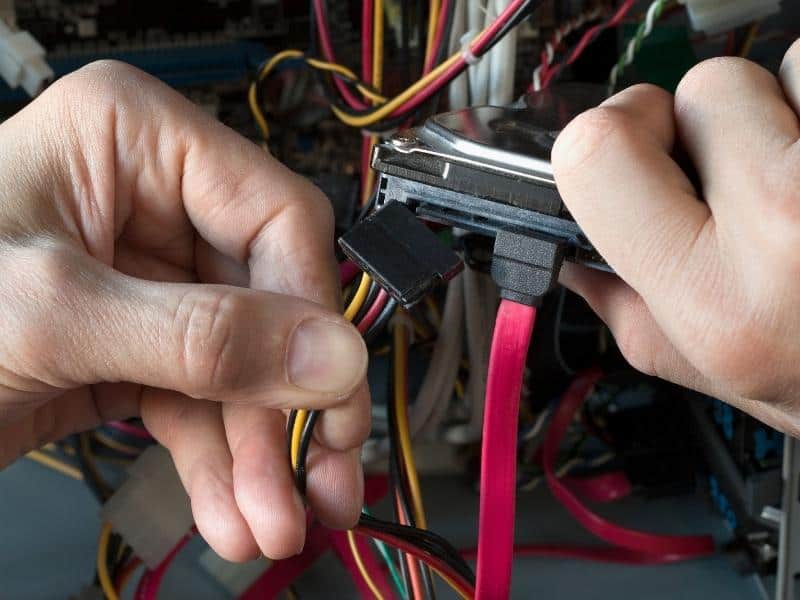 A hard disk drive (HDD) is a storage device that lies within the PC. HDDs are the most common data storage devices and are an older type of data storage. It features rotating disks inside where data is stored magnetically. They use spinning disks to be able to read and/or write data. HDDs use an arm that has several transducers that read and write on the disk to be able to store them.

HDDs are older technology, which means they’ve been around longer than SSDs. With older technology, they’re lower in cost and are better for storing data that does not have to be accessed regularly, such as backups of images, videos, or other files. 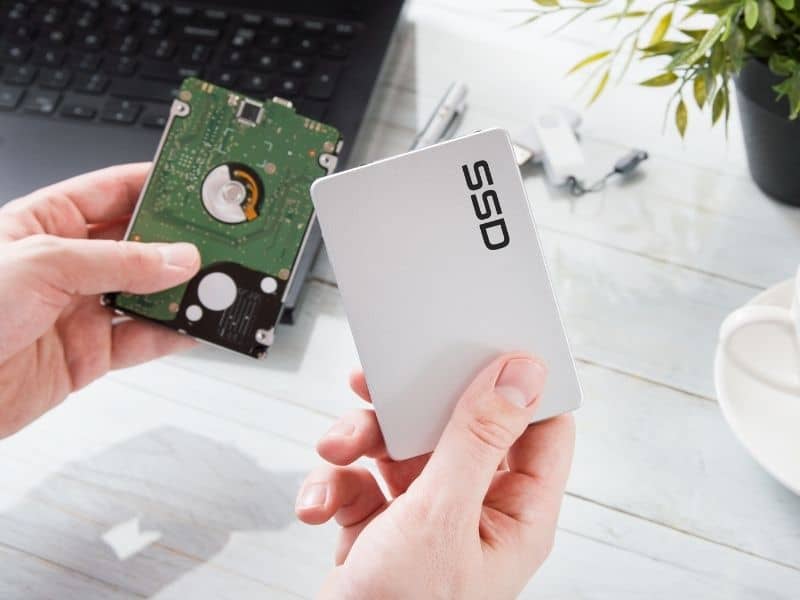 Solid state drives are the newer technology and use more advanced circuitry in order to read, write, and store data much faster. Unlike HDDs, SSDs store data in integrated circuits.

This distinction from HDDs has numerous ramifications, particularly in terms of space and performance. SSDs can be minimized in shape and size since they do not require a spinning disk.

Their capacity (the amount of data they can retain) varies, making them suitable for any PC device. SSDs also significantly reduce load times because users do not have to wait for disk rotation to begin.

Which Is Better for Gaming?

Between the two types of storage options, an SSD generally gives you a faster and crisper gaming experience as opposed to when you use an HDD.

Using an SSD will also reduce the game stutter or lags when PC gaming since the rest of the PC doesn’t have to wait for the game data to load. Overall, SSDs were a total game-changer in the gaming industry and have made modern gaming PC much better.

Playing games on low disk space can be really frustrating since you’re in the flow of the game and then your game suddenly crashes. Even the best gaming laptops lag and crash if they don’t have enough storage capacity to store all your games.

When you don’t have enough space on your PC, games tend to crash and slow, causing your gaming sessions to suffer. And it would be inconvenient to be constantly deleting your games and redownloading them every time you want to play them. So, in order to keep your game from crashing, you’ll need more storage capacity for your game data.

Different games with varying sizes have different storage needs. Most modern AAA games require at least 50 GB of storage, although regular games, such as indie games, require less. Having said that, you will need a gaming laptop or desktop that has enough storage to run these games smoothly.

But how much space do you actually need? Well, that’ll depend on three main factors, which we’ll discuss below.

How Do You Use Your PC?

First, determine how you use your PC in an everyday setting. Do you use it only for gaming? Or do you use it for casual purposes like watching movies, working, school, etc.?

Many gamers use their PCs for many other purposes, like heavy video editing and storing media files. In this case, you should consider getting a bigger storage drive for this purpose.

So, gaming aficionados that play both hardcore and casual games, on top of storing other multimedia files or other large files, would most probably need at least 1 or 2 TB of storage.

But if you’re a casual gamer that doesn’t really play too many games but uses your PC for other simple tasks, then you might need at least 512GB to 1 TB of storage.

However, if you rarely use it for gaming and use it mostly for browsing, simple editing, and watching, then you’re probably set with 512GB of storage.

Games You Want to Play

Each game has different storage requirements in order to run smoothly and at higher resolutions. So, the amount of storage required for gaming laptops isn’t the same for everyone.

Depending on what types of games you play, you may either need more space or less space.

If you’re a casual gamer or a newbie that only plays indie games, then you won’t need any more than 512GB. But if you’re a hardcore gamer that plays standard AAA games, you’ll probably need about 1 to 2 TB of storage.

But, of course, this entirely depends on the games’ storage requirements since many modern games have realistic, high-resolution images, which play a part in their file size.

It will also depend on how many games you’re planning to download and play. You may be an indie gamer, but the number of games installed will also play a part in your PC’s hard disk space.

Therefore, whether you are a gaming aficionado or not, it’s always a better choice to have a higher storage capacity for all the games you’ll download since it’s easy to run out of storage. Plus, it’s better to have a bigger space for future needs.

Another determining factor when deciding how much storage space for your gaming PC is how much your budget is.

The amount of storage space available on a PC can either lower or jack up the price of a gaming laptop or desktop. So, even if there are a lot of low-cost PCs on the market, they don’t have the same capacity as higher-cost PCs.

If cost is a problem, most people would choose 512GB. However, if you have unlimited funds to spend and no budget constraints, it is preferable to buy greater storage space for your PC to store all of your games.

How Much Storage Do Games Need?

As mentioned before, each game has different storage requirements. So, let’s discuss that more.

Indie or casual game titles typically have about 20 to 50GB file sizes. However, we’re not saying they’re all the same. Some casual video games reach up to 100 GB, but that entirely depends on the creators.

If we’re talking about most lower-storage games, then about 512GB would be a good starting point.

Now, if you mostly play modern or standard AAA game titles, that would be a different discussion. The latest games have a larger file size, so you will need more storage space.

For example, Call of Duty: Modern Warfare has a 231 GB file size. So, if you were to download multiple games in that range of file size, then 1 TB would be a good starting point.

How to Maximize and Manage Your Storage

Even if you have enough storage, you may run out of space due to the ever-increasing size of game files and the demand for higher-resolution visuals and audio. As a result, you may have to manage your storage space in order to make room for new titles. To efficiently manage your storage, erase any games or files that you no longer use to free up space.

If you have the means, we highly suggest you purchase an SSD with a large storage capacity so that you do not run out of storage space quickly. In addition, if you can choose between the multiple interface types, go for the NVMe type because it’s significantly faster than the SATA type.

Now that’s out of the way, you might be wondering whether a gaming laptop is worth purchasing or whether you should invest in a desktop PC. We’ve covered that question, as well as other questions, in a separate article, which you can check out here.

That’s a wrap! We hope this guide helped you to determine how much storage you actually need for your gaming laptop.