Choosing between a gaming laptop or a console has been a hot topic for debate in the gaming industry for a very long time. This is because both of them are great gaming devices.

I mean, you can get both if you have the budget, but for someone who’s trying to save money, which of the two will offer you the better value of your money?

To make the right and informed decision, you will need to think about both the advantages and disadvantages that each device comes with. So, we’ve listed everything you have to know about both devices to help you make the better and wiser choice. Now, let’s get into it!

What is A Gaming Laptop? 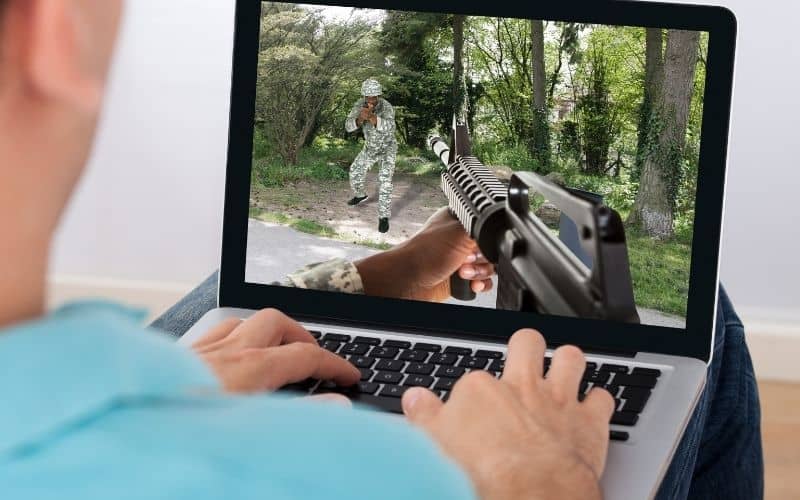 What is a Gaming Console? 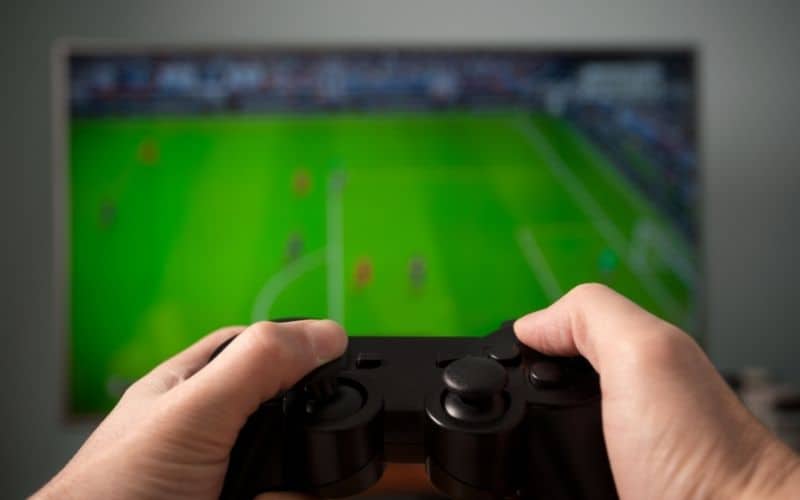 What’s The Difference Between The Two?

So, we’ve rounded up most of the things you’ll need to know about each device and what factors you have to consider.

Despite having only four cores, a gaming laptops’ boost speed is nearly double that of console CPUs. Gaming laptops, on the other hand, feature both CPU-integrated and dedicated GPUs, which consoles lack. This means that a laptop can handle a heavier workload from a demanding game more efficiently than a console.

Newer gaming laptops have a better refresh rate that ranges from 60Hz to even 300Hz. Unlike gaming consoles that have a refresh rate of 120Hz at the highest. Considering this, a gaming laptop will offer you a smoother gaming experience compared to a console when you play a game.

But you also have to take into account the display of the TV you’re connecting your console to as this will also be a determining factor.

Gaming laptops also have more powerful hardware as opposed to a console. Thus, it has a better graphics card and frame rate. Although we’re not saying that consoles have bad graphics, however, you can see that the level of detail a gaming laptop can produce can not compare to a console.

In terms of portability, gaming laptops vs consoles will highly depend on the devices’ size and weight.

Meanwhile, consoles aren’t exactly portable like your PlayStation, Xbox, Xbox 360, Xbox One X, Wii, etc. But with the exception of your Nintendo Switch since Nintendos have their own screen and controllers which you can bring along when you’re traveling. Additionally, a Nintendo Switch is approximately 4 inches high, 9.4 inches long and weighs about 0.88lbs.

So, the majority of gaming laptops are portable (but take into consideration weight and size) and the only gaming console that is portable is a Nintendo Switch.

Consoles don’t have batteries so, of course, they’d win in this department, right? Well, you’re not wrong, however, since consoles are a plug-and-play type of device, if there’s no power outlet, you won’t be able to use the console. So aside from a Switch, consoles would need a power supply when used.

While gaming laptops have batteries, they typically last up to 2-3 hours, maybe 4 hours max, even without the use of a power supply. This is very handy when there’s no electric supply nearby, especially if you’re not at home. A gaming laptops’ batteries make it much more flexible since we can use it without a power outlet.

So, in the battery life aspect, between a gaming laptop or a console, it ultimately depends on your daily usage and which one you use to play games more often. 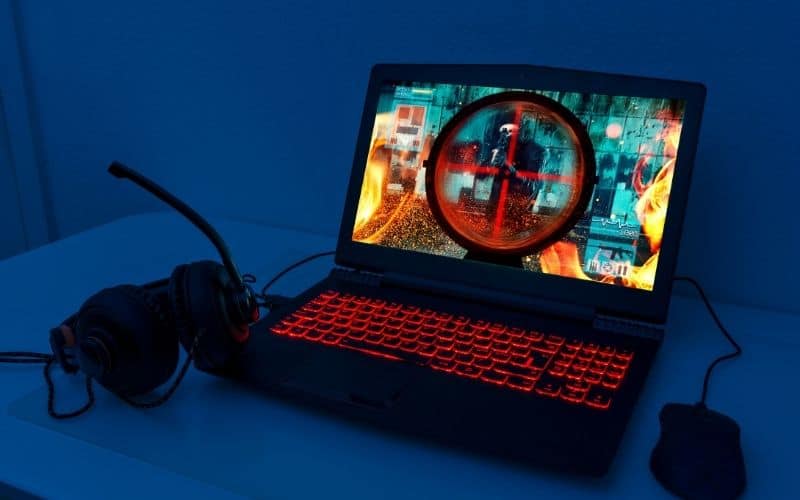 As you know consoles such as the Xbox, Xbox One, PlayStation 4, PlayStation 5, and many other consoles are ultimately only for gaming. So you can’t use consoles for other purposes aside from playing games.

But gaming laptops can do so much more than just gaming. A gaming pc can be used for many different tasks other than gaming such as watching movies, doing work or assignments, browsing the web, and so many more. Therefore you can determine which of the two devices are more versatile.

Laptops have one of the most versatile systems available, allowing them to do multiple tasks on a single tiny device.

In regards to ease of use, consoles have an upper hand in this area. Since consoles are specifically made just for gaming, hence it’s much easier to use.

Consoles typically come with a controller and a network card. This will allow you to go online and play with your friends in the comfort of your couch or even bed. Moreover, with a controller, you won’t have to spend too much time figuring out how to use it since it’s much easier to learn compared to a gaming pc game with varying controls for different purposes.

The only downside is that consoles are often limited to players who have the same type or brand of the console, but recently, there has been an increase in cross-platform online multiplayer games.

A console is also a plug-and-play type of device, contrary to a gaming laptop that requires you to configure a lot of things like its network settings, graphics, etc.

On the other hand, there are also exclusive game titles for gaming laptops. However, exclusive titles of laptops are typically created by indie game developers. For example: 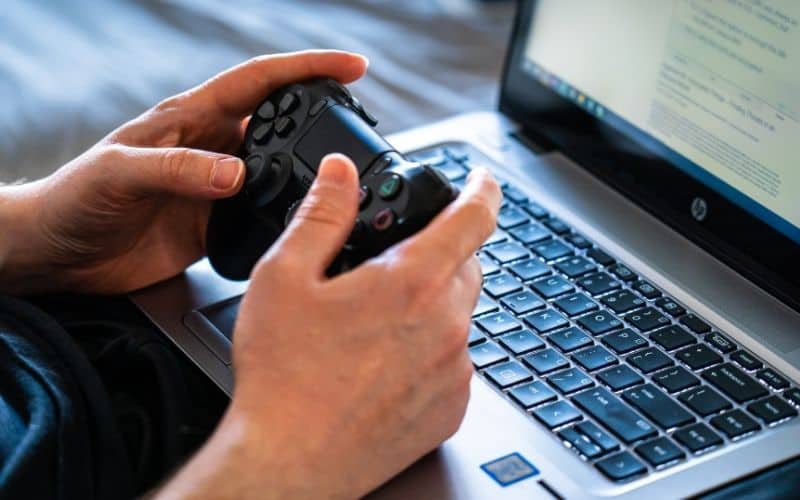 Choosing between a keyboard or controller would depend on which one you would prefer to use.

Keyboards have a bit of a learning curve since each game usually has different controls for each function. Unlike a controller that has the same controls for most games when using a controller.

On the brighter side, if you want to play on your gaming pc with a controller, that is possible. You can purchase a Bluetooth-powered controller and connect it to your laptop. But with consoles, you can’t really connect a keyboard.

But when you buy a console whose sole purpose is only for playing games, you don’t exactly get a lot of extra features.

Consoles are far more affordable than a gaming laptop since gaming laptops are usually double the price of your standard laptop.

A PlayStation 4 Pro, Xbox One X, and a Nintendo are generally about $300 to $350 which is a lot cheaper than a high-end gaming laptop.

But you have to consider that a gaming laptop can do so much more than a console. They also have better hardware which can cost a lot more. Gaming laptops can range from $100 to even over $1000 depending on which one you get.

We’ve listed a few of the most frequently asked questions about a gaming laptop or console.

Which One is Great for Multitasking?

In terms of multitasking, gaming laptop vs console, a gaming laptop is better in this department. This is because you can connect your laptop to multiple monitors to allow you to watch Netflix, play games, and even browse the web all at the same time.

What are The Most Important Features to Look For?

There are a few important features that you should look for in a gaming laptop or console such as:

Different gaming laptops will have different CPUs and GPUs. So to ensure that you get the best performance, make sure to get a laptop that has the newest version of processors and graphics cards.

Also, make sure that your laptop should have at least 8 GB of RAM to help your laptop work more efficiently.

And if you must pick between an HDD and an SSD, we recommend the SSD because it will improve your laptop’s bootup performance when compared to an HDD. If you don’t have any other options, an HDD is still a good alternative — just make sure it has at least 512 GB-1 TB of storage.

You also have to consider the consoles’ controller. The controller you want will be determined by the console you purchase. So make sure you’re comfortable with the standard controller before purchasing. There’s always the option of purchasing a third-party controller, although these may be quite pricey.

What are The Major Brands?

There are a lot of brands for gaming laptops so it can be quite confusing which brand you should buy from. So, we’ve rounded up a few of the best brands you should try out:

Just like gaming laptops, there are also several gaming consoles you can buy. But the major brands where you can buy a console are:

Between a Gaming Laptop and a Console, Which One Has Better Graphics?

Final Thoughts — Which One Should You Get?

Both of the devices are different and have their own unique features. But, which one should YOU get? Well, that’s for you to decide since each individual has their own wants and needs when gaming.

If you want to travel, have better graphics, and do a lot of other tasks, then you should buy a gaming laptop since they’re portable, have better graphics, and are versatile. But if you don’t have enough money to buy one and you’re not planning to travel and use the device for other tasks besides playing games, then a console is the better device.

There’s really no right or wrong answer since these two devices can still perform great and will still offer you great gaming options.

Now, all you have to do is to determine which one will offer you the greater value for your money. And if you can buy both, then why not? It’s all about the games you can play with it!

Thanks for reading our guide! We hope you were able to determine which one of the two you’ll buy. Happy gaming with your new or soon-to-be gaming device!